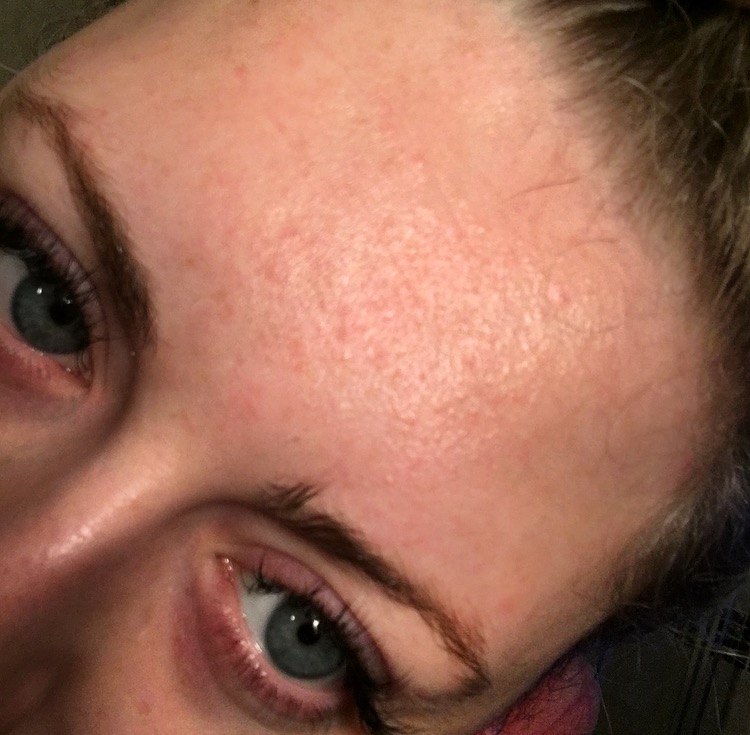 I’m not surprised I suffered a breakout because I have been eating absolute shiiiiiite the past few days along drinking lots of wine and alcohol, just gorging in general. In fairness, I am getting ready to hit the gym & diet hard on Jan 4th so I’m just kind of enjoying everything while I still can! 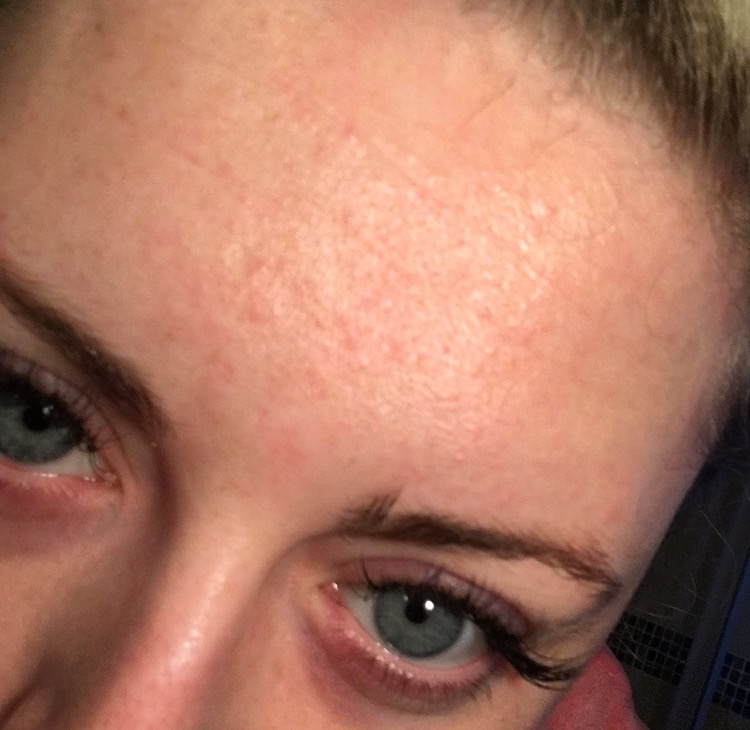 But basically I woke up yesterday morning and had lots of little bumps underneath the skin on my forehead, also known as subclinical acne. Thankfully it’s one of the easiest forms to treat because there’s no redness or inflammation.

The main thing you need to focus on in this instance is exfoliating the  area and balancing the oil production in the skin. 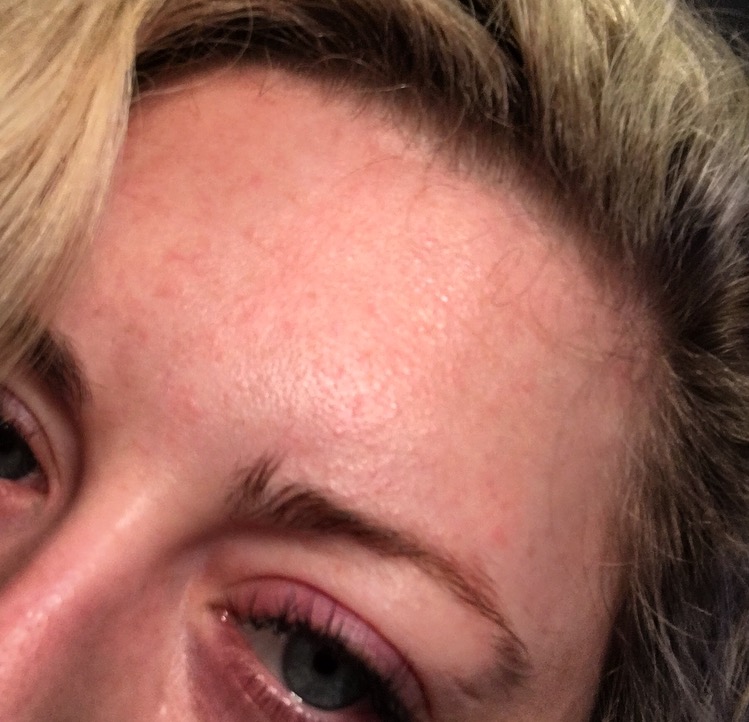 If you do suffer from this or have previously, you will know that the little bumps are caused by the production of sebum in the skin. 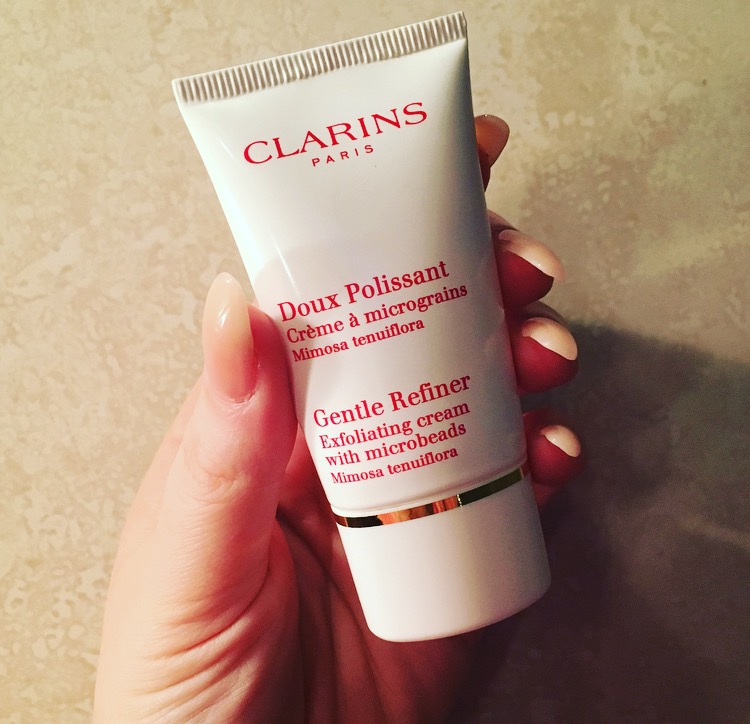 So, first I have exfoliated the area using Clarins Gentle Refiner Exfoliating Cream with Microbeads, suitable for normal, combination and oily skin types! 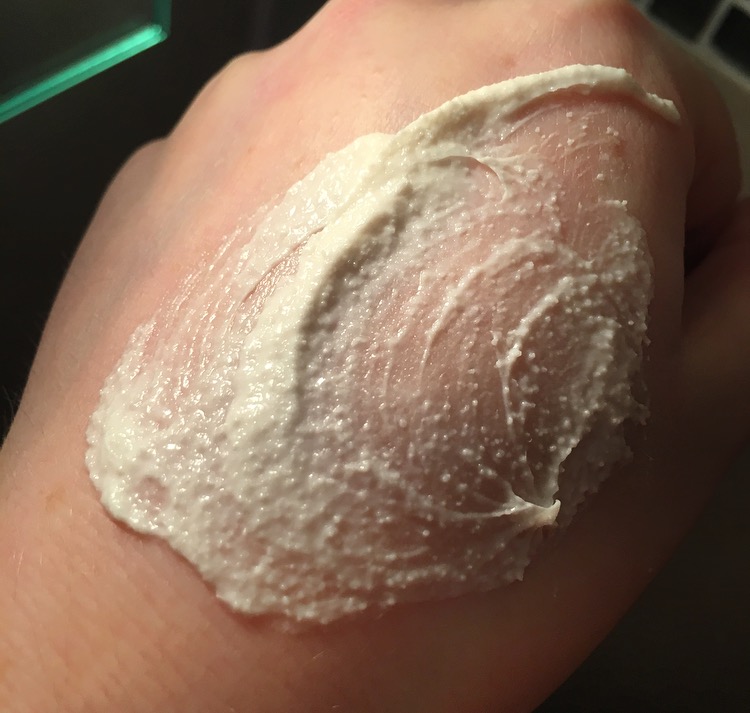 It’s a lightweight exfoliating cream that contains an ultra-effective combination of two microbeads, one exfoliates and the other purifies, which together buff away dead skin cells, unblock pores and smooth the skins surface.

It also contains soothing extract from the bark of the Mimosa Tenuiflora Tree, also referred to as ‘The Skin Tree’. The tree has been called a miracle because of its uses for skin care.

Research has revealed that vital components found in its complex chemical makeup actually repair and protect skin cells, giving it the ability to heal a wide range of skin problems. This non-toxic organic ingredient was also used by the Mayans for more than ten centuries as an anti-aging skincare product. 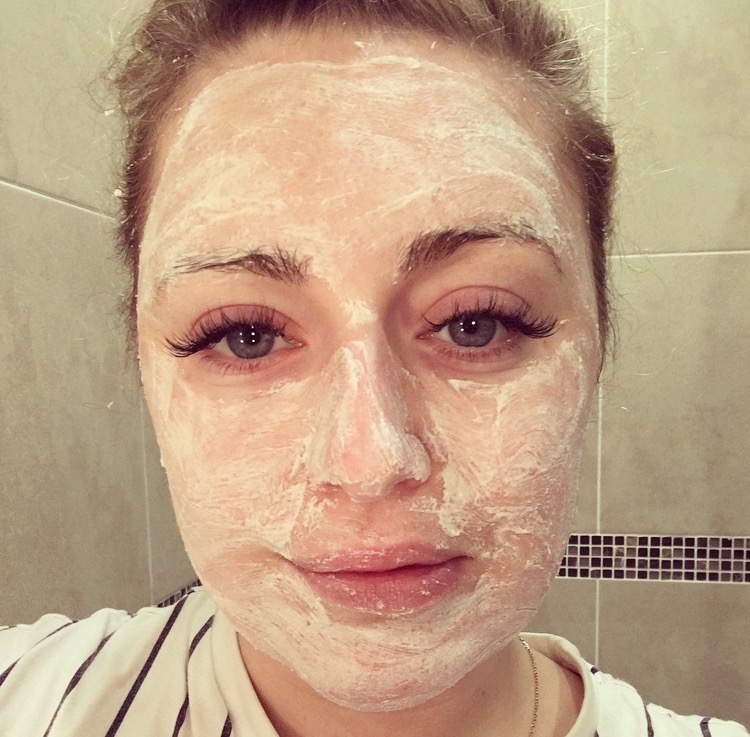 The Gentle Refiner Exfoliating Cream has millions of mini microbeads and feels quite similar in texture to Dermalogica Daily Microfoliant. They’re not really sharp or sore and thus, it’s really easy to navigate the product around the face. It’s best to apply in circular motions before rinsing with warm water.

Clarins Gentle Refiner Exfoliating Cream with Microbeads is priced at €31 and you can buy online from Boots here: http://bit.ly/1PtLUyE.

Next up, I’m combatting excess oil production in the skin by using Seaweed Ionic Clay Mask from The Body Shop. 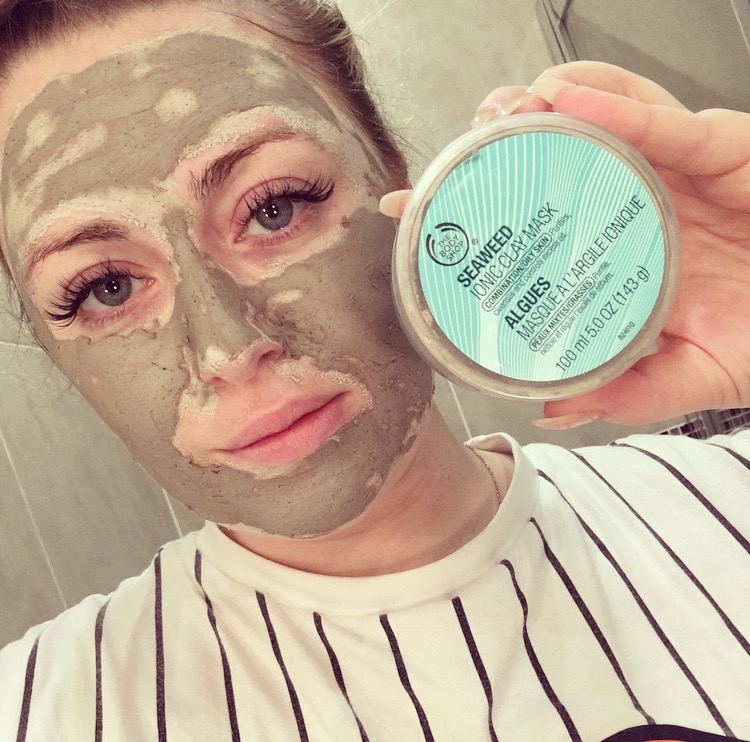 I reviewed this product in full a few weeks ago which led to a major sell out in the UK & Ireland. You can check it out here: http://bit.ly/1JaRtnH

The Body Shop have since re-released the Seaweed Ionic Clay Mask in brand new packaging and I’m dying to pick one up!

So there you have it, two products that will combat forehead lumps otherwise known as subclinical acne!

By following this routine just one time, I’ve already noticed a huge decrease in the appearance of the little bumps on my forehead and my skin’s on the road to recovery! 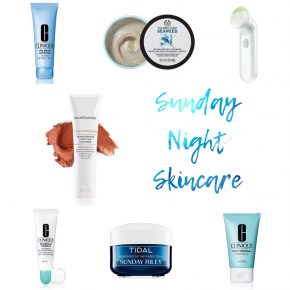 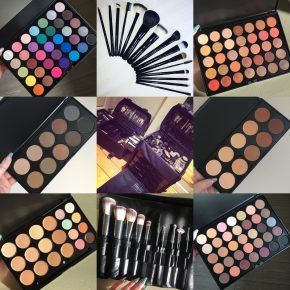